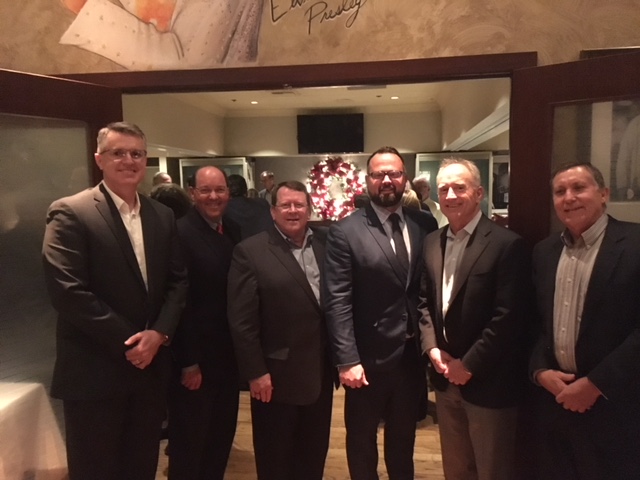 Adams told the attendees with whom he met that Governor Ducey is committed to prioritizing a plan that will provide Arizona with a sustainable water future.

“We’re moving full-steam ahead with a broad coalition of stakeholders,” Adams said.

Adams addressed a theme that has become a central focus of the annual three-day CRWUA this year: pushing the long-debated Drought Contingency Plan agreement among Colorado River water users across the finish line.

“Not to be overly dramatic, but I believe that DCP is fundamental to the survival of how we do business,” said John Entsminger, general manager of the Southern Nevada Water Authority.

Arizona Water Resources Director Buschatzke returned to the DCP theme during nearly all of his speaking engagements at the conference.

“I’ve said it before, we need all hands on deck” to complete Lake Mead-saving water agreements, including both those hands inside Arizona and outside the state.

Chief of Staff Adams met on Wednesday with members.

“I’m gratified we could arrange this,” he said. “Water security is vital to Arizona’s future and it was important, I think, to assure the Colorado River community that Governor Ducey is committed to doing what we need to do to make it all happen.”