Advocates for the Colorado River Drought Contingency Plans will begin making their case to Congress on Wednesday, March 27, when four officials deeply involved in the effort to stabilize the system are scheduled to address the U.S. Senate Committee on Energy & Natural Resources’ Subcommittee on Water and Power.

The witness panel includes Brenda Burman, Commissioner of the U.S. Bureau of Reclamation; Tom Buschatzke, Director of the Arizona Department of Water Resources; John Entsminger, general manager of the Southern Nevada Water Authority; and, Patrick Tyrrell, State Engineer for the State of Wyoming.

Like other witnesses, ADWR Director Buschatzke will provide oral and written testimony to the panel about the DCP.

Chaired by Sen. Martha McSally of Arizona, the subcommittee will examine the drought plans of the Upper and Lower Basins of the river system. Before the plans can be finalized, Congress must first authorize the Department of the Interior to implement them.

Set to convene at 2:30 p.m. EDT (11:30 a.m. Arizona time), The hearing will be webcast live on the committee’s website, and an archived video will be available shortly after the hearing is complete.

Witness testimony will be available on the website at the start of the hearing.

Arizona Governor Doug Ducey is giving over much of his social media platform to  getting a Drought Contingency Plan completed in Arizona.

The art on the Governor’s Twitter feed home page is one of those startling “bathtub ring” photos of Lake Mead, which depict the reservoir’s dramatic decline in recent years.

The Governor’s Office has emblazoned the Lake Mead photo with a quote from former Arizona Governor Bruce Babbitt, who observed recently that “this is the moment” to get an Arizona DCP agreement through the State Legislature.

Ducey has asked lawmakers to act quickly to approve proposed legislation that would give the Director of the Arizona Department of Water Resources authority to enter into a drought plan with the other Colorado River states, as well as the federal government.

In December, the Commissioner of the Bureau of Reclamation, Brenda Burman, set a January 31 deadline for states to complete work on their Drought Contingency plans. The Bureau, a division of the Interior Department, is overall manager of the river system.

In addition, the Governor’s Office has published  video on Twitter of a briefing of Ducey’s proposed budget, which includes funding for the DCP. The briefing, held today in Tucson, includes the graphic copied below, which demonstrates why the drought plan is so vital. Discussion of the DCP funding begins after the 59-minute mark.

As depicted in the “Securing Arizona’s Water Future” graphic below, Lake Mead is in jeopardy of falling into a high-risk zone within five years if a system-wide DCP is not in effect. Implementing the DCP, on the other hand, flattens out the curve and gives the Colorado River states time to enact additional drought-fighting measures.

Science is all about experimentation, and one of the more spectacular experiments in the movement of Colorado River sediment is set to begin in a matter of days.

Beginning November 5, the Department of Interior will begin a High-Flow Experiment (HFE) release of water out of Glen Canyon Dam, slowly ramping up the volume to 38,100 cubic feet per second, which it will maintain for 60 hours over three days.

The forceful water release is intended to mimic the floods that once drove enormous volumes of sand through the river canyons prior to the construction of Glen Canyon Dam, which rebuilt eroded sandbars downstream.

Those reconstituted, enlarged beaches serve a number of valuable purposes – from providing camping space for river-rafters to creating backwater habitat for native fish populations. The enlarged eddies and pools enhanced by those bigger sandbars also encourage the growth of riparian vegetation that provides habitat for birds and other wildlife. 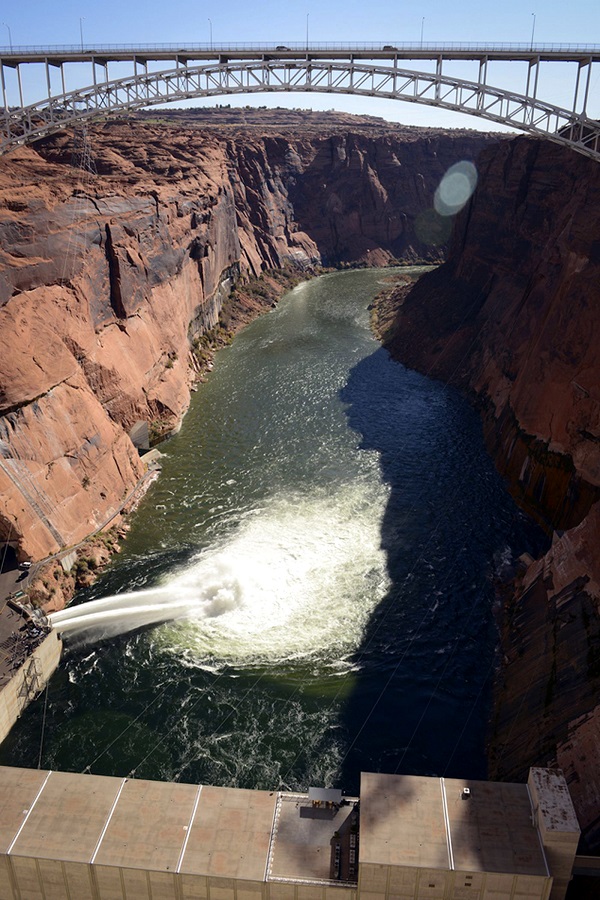 The upcoming “HFE” release is the first under the newly minted 2016 Record of Decision for the Glen Canyon Dam, which provides a framework for adaptively managing Glen Canyon Dam over the next 20 years. The goal of the “ROD” is to create certainty and predictability for water and power users while protecting environmental and cultural resources in Grand Canyon National Park and the Colorado River ecosystem.

The high-volume water release experiment, meanwhile, is a component of the 1992 Grand Canyon Protection Act, which mandated that Glen Canyon Dam be operated in a manner that protects the values for which Grand Canyon National Park and Glen Canyon Recreational Area were established. The first-ever release was conducted in 1996. Known as the Beach Habitat Building Flow, it was designed to mimic the dynamics of a natural system, including building high-elevation sandbars, depositing nutrients, and restoring backwater channels.

Given its unprecedented mission – imitating the sediment-rich flood conditions of a pre-Glen Canyon Dam river – the HFE releases have been genuinely experimental, adapting and changing as more data were accumulated about their impact.

Release times are scheduled to coincide with the periods that its tributaries – the Paria and Little Colorado rivers – have deposited their largest volumes of sand into the Colorado River.

A lot of concerns factor into the timing of HFE releases. One of the primary concerns is avoiding spreading the seeds of non-native vegetation, such as tamarisk, whose seed production generally occurs between April and September. 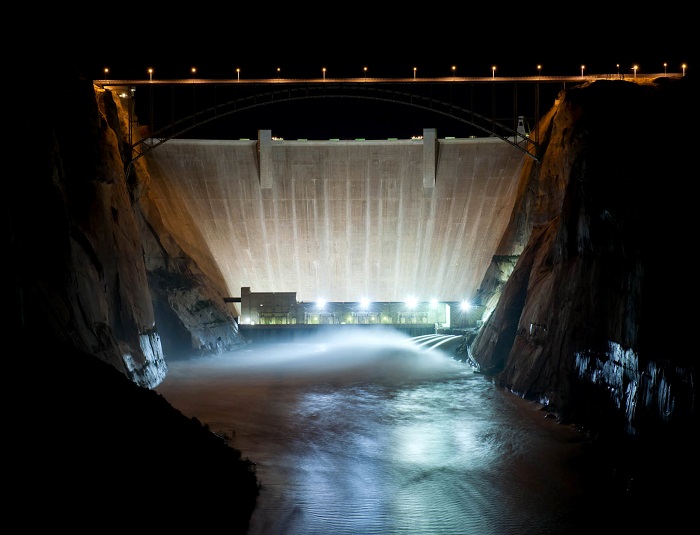 The effort to improve habitat for native fish species is a work in progress, too. Early on, researchers found that the intensity of the releases actually worked to expand habitat for non-native trout, which fed on rare native species like the humpback chub.

These discoveries have been the cornerstone of the “adaptive management” strategies adopted by the Department of Interior for the Glen Canyon Dam. The USGS researchers – considered the architects of the HFE — have had to change their strategies of making maximum use of the HFE releases by changing and adapting as new scientific findings improved their understanding of how HFE releases affect the Colorado River ecosystem.

The releases by the Department of Interior are conducted in consultation with the Colorado River Basin States, including Arizona, as well as with Native American tribes, federal and state agencies and with input from Glen Canyon Adaptive Management Program stakeholders.

The Department reports that the HFE releases will not impact the total annual amount of water released from Lake Powell to Lake Mead in water year 2019.