Phoenix – Beginning the week of January 4, 2021, and continuing for several months, Arizona Department of Water Resources (ADWR) field services staff will be making an extensive effort to measure water levels in wells in the Willcox, Douglas, San Bernardino Valley and San Simon basins.

ADWR staff will attempt to measure water levels at hundreds of wells in these groundwater basins.  This survey of wells – or basin “sweep,” as it is known — will be the first such basin survey of the area since 2015. The data collected will be analyzed and used to obtain a comprehensive overview of the groundwater conditions and to support scientific and water management planning efforts. Uses of the data will include:

The general area covered by this basin sweep is the southeastern portion of the state and extends from the U.S. – Mexico border to north of Willcox, Bowie and San Simon.

For more information regarding the planned basin sweep, see ADWR Public Information Officer Shauna Evans at smevans@azwater.gov or (602) 771-8079. Details about the nature of basin sweeps and groundwater modeling can be found here. 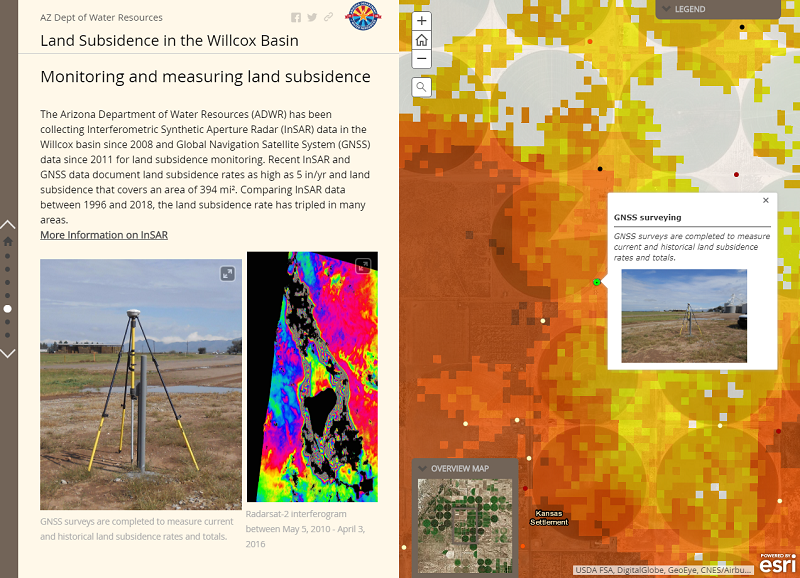 As a result of continuing observations of groundwater level declines in the Willcox Basin, the Arizona Department of Water Resources (ADWR) initiated development of a numerical groundwater flow model in late 2015.

The Willcox Basin covers an area of approximately 1,911 square miles in southeastern Arizona and is essentially a closed basin.

That modelling has been completed. Major findings of the modelling include:

• Evidence of the amount of groundwater removed from storage between 1940 and 2015 ranged from 4.9 million to 6.2 million acre-feet (an acre-foot equals 325,851 gallons of water, or the amount of water needed to cover an acre of land a foot deep).

• Projecting forward to simulate a period of time between 1940 and 2115, the modelling concluded a net “change in storage” – meaning, in this case, a reduction in storage – ranging from 19.8 million acre-feet to 24 million acre-feet.

• Both data and modelling indicate that significant declines in regional groundwater levels continue to occur.