With an eye to long-term, binational cooperation and to managing a more stable Colorado River System, representatives of the United States, Mexico and the Colorado River Basin States of the U.S. on Wednesday celebrated the “entry into force” of an agreement deemed essential to the System’s future.

The American signing, conducted at an “entry into force” ceremony in Santa Fe, N.M., applies the final flourish to the intensely negotiated agreement known as “Minute 323.”

“The State of Arizona appreciates the efforts of the United States and Mexico to continue binational cooperation on long-term water management,” said Tom Buschatzke, Director of the Arizona Department of Water Resources.

Buschatzke participated in the Santa Fe ceremony and played a central role in the portions of the complex negotiations that were conducted among the U.S. Lower Basin participant-states.

“This agreement provides substantial benefits to Arizona, particularly regarding opportunities for augmenting existing water supplies, which is a top priority for Governor Ducey,” he said.

“In addition to the diligent efforts of the Commissioners, we’d also like to acknowledge the hard work and commitment of all the parties involved.” 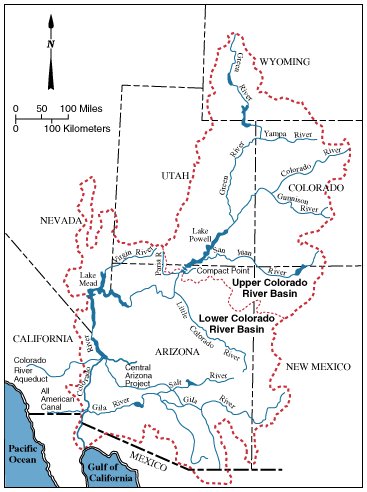 The implications of the agreement for helping stabilize and augment Arizona’s water supplies are significant.

Officially, Minute 323 is the “Extension of Cooperative Measures and Adoption of a Binational Water Scarcity Contingency Plan in the Colorado River Basin.” It is an implementing agreement for the 1944 United States-Mexico Treaty on Utilization of Waters of the Colorado and Tijuana Rivers and of the Rio Grande.

On the U.S. side, Minute 323 was negotiated among representatives of the U.S. International Boundary and Waters Commission (IBWC), the federal Bureau of Reclamation, and the seven Colorado River Basin States, including Arizona, which was represented by Director Buschatzke.

Like Minute 319, the new Minute 323 provides for the U.S. and Mexico to share proportionately in Lower Basin shortage and surplus, and allows Mexico to create water savings in the Colorado River System in the U.S.

Also like Minute 319, the updated agreement opens up opportunities for U.S. water users to fund conservation programs in Mexico, which in turn create “Intentionally Created Surplus,” or ICS, in Lake Mead, which benefits all of Lake Mead’s 35-million-plus water users in the Southwest.

The new agreement’s most important features, many of which are carried over from Minute 319, include: 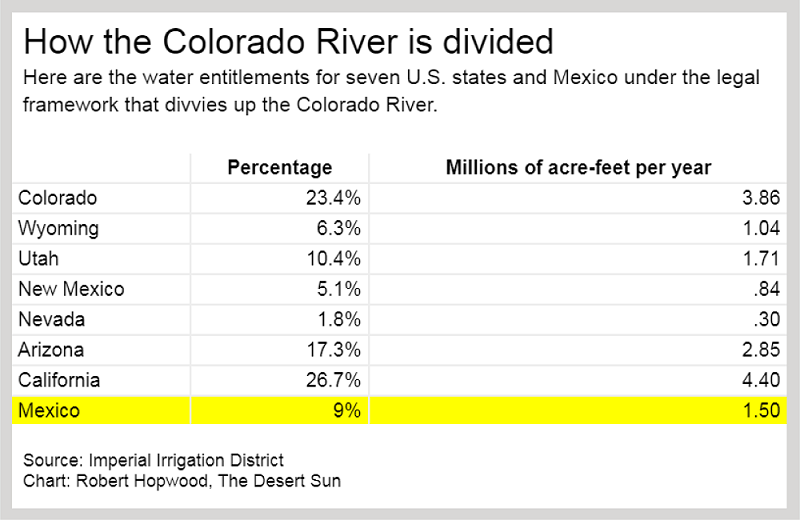 Speaking on behalf of the Basin States, Director Buschatzke acknowledged the “trust and friendship we built as part of the process” during the signing ceremony in Santa Fe.

“That same spirit of cooperation and collaboration served us well in the negotiations that led to Minute 319 and now in Minute 323.”

Throughout much of the long negotiations,  which straddled two U.S. presidential administrations,  the Treaty’s update was known as “Minute 32x.” The execution and implementation of Minute 32x required a series of domestic agreements among the U.S., the IBWC, Reclamation, the Basin States, and U.S. water users.

Nowhere in the U.S. were those negotiations more challenging than in Arizona, which – unique among the Basin States – required Director Buschatzke to seek the approval of the Arizona Legislature before he could agree to “forbear” portions of the State’s Colorado River allotment.

The agreement allows Arizona water users to join users in California and Nevada in benefitting from the intentionally created surpluses generating from the water-savings projects the states fund in Mexico.

On March 2, 2017, Governor Ducey signed House Joint Resolution 2002, authorizing the director of Water Resources to execute the forbearance agreement on the assumption it met certain conditions and that the final form of Minute 32x – now, Minute 323 – would not harm Arizona water users.

In a letter to Arizona legislative leaders, the Director noted the establishment of a Binational Desalination Work Group, which will investigate desalination opportunities in the Sea of Cortez.

Minute 323 creates opportunities to augment Arizona water supplies, including a binational desalination plant near the Sea of Cortez.

“As you are aware,” wrote Buschatzke, “a binational desalination facility in the Sea of Cortez could be a critical component in Arizona’s long-term future water supplies.”