It was much the same in the metropolitan Phoenix area, which saw an unusual spate of strong storms moving through Arizona’s south-central Valley on five out of six days beginning on August 7.

This year’s summer storm activity has been widespread. Arizona’s eastern mountains saw almost daily rainfall from mid-July through early- to mid-August.  To the north, meanwhile, the strong storms started in earnest early. 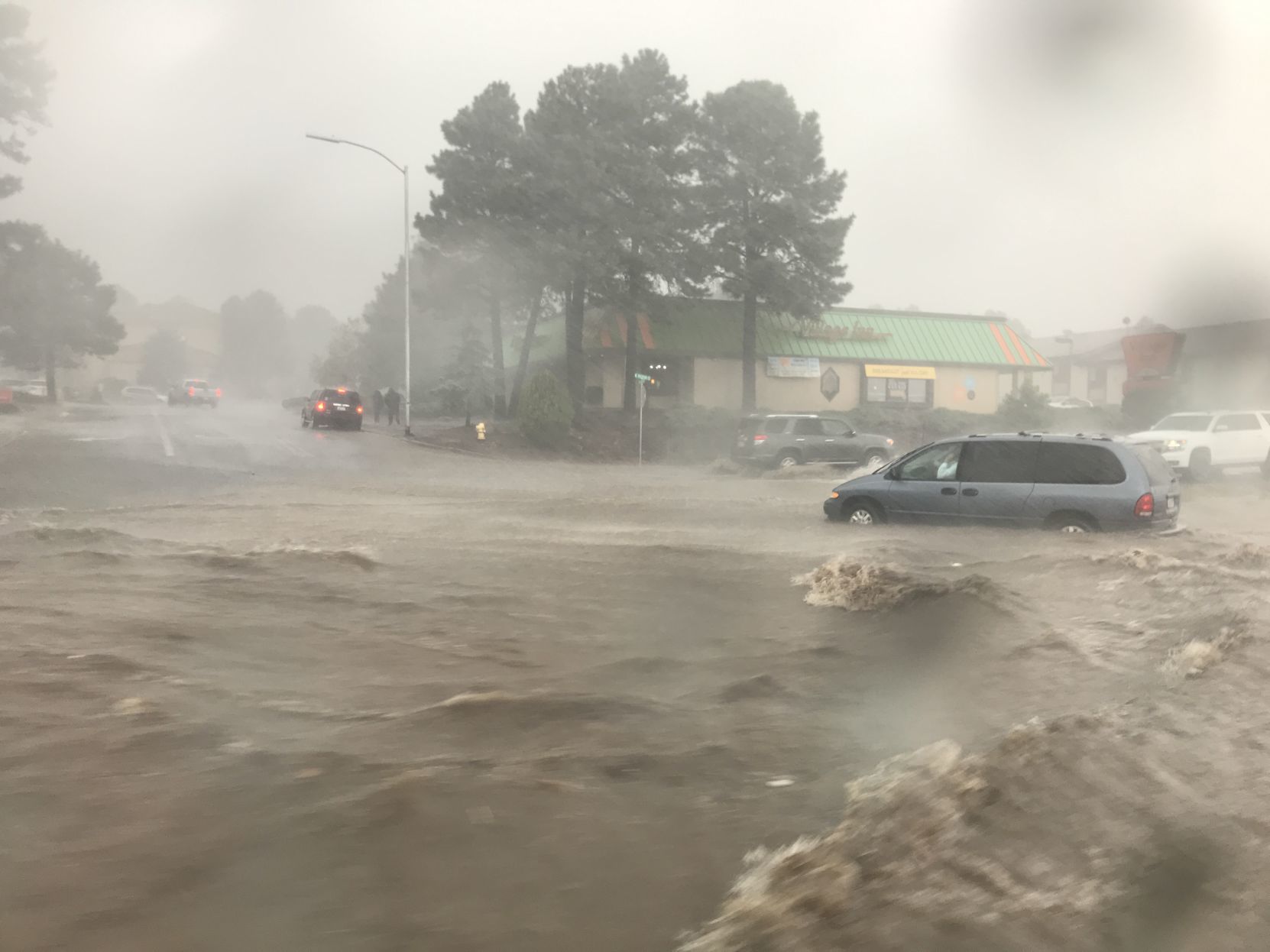 On July 18, a an estimated “1,000-year” storm dumped an astonishing six inches of rain on Flagstaff, with 4.5 inches of it pouring down in a span of just two hours.

The summer storm season has been so strong at times, in fact, that it has prompted some to ask: Is this the strongest monsoon-storm season ever for Arizona?

There’s no simple answer to that.

Arizona takes its summer monsoon season seriously. There is an extended web of agencies, including the Arizona Department of Water Resources, that performs a vast array of services tied to storm activity.

The National Weather Service, for example, monitors the conditions that may provoke Arizona storms. It reports both locally and from the service’s Climate Prediction Center (a function of the National Oceanic and Atmospheric Administration) in Maryland.

A complex, multi-agency system in Arizona, meanwhile, uses sophisticated land- and satellite-based technology to track storm production, including rain levels and flooding, and gets that information out to the public as soon as possible.

ADWR is the lead State agency for the Arizona Flood Warning System, or AFWS.

The AFWS is comprised of local, state and federal entities that collaborate on statewide strategies for flood management.

So, what is all that data telling us about the strength of the 2018 summer monsoon season thus far? It has set records in Flagstaff. But elsewhere?

Paul Iñiguez, a meteorologist with the NWS in Phoenix, recently told the Arizona Republic that from the standpoint of rainfall, the summer monsoons have been very productive in central Arizona, too.

“From June 15th through August 12th, this is the second most rain on average across (Phoenix) since 1990,” Iñiguez said. “It’s been wet.” 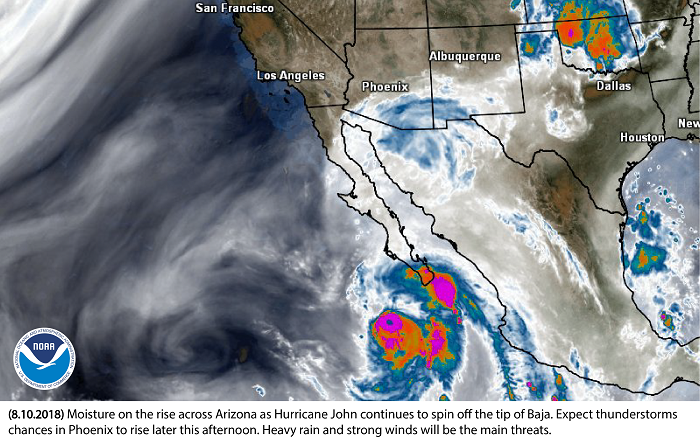 Some of the strength of the summer storms may be derived from “moisture surges” egged along by “tropical cyclones.”

Jon Gottschalck, chief of the Operational Prediction Branch at the Climate Prediction Center with the National Oceanic and Atmospheric Administration, told KJZZ recently about how “tropical cyclones” in the eastern Pacific basin are connected to Arizona’s monsoon storms.

Hurricanes, typhoons and other major Pacific storms all come under the general heading of tropical cyclones.

He said a spate of tropical cyclones in the eastern Pacific likely contributed to the moisture surges in Arizona and New Mexico that, among other things, produced the amazing string of consecutive stormy days in central Arizona.

Big Pacific storms, he said, do not have to  make direct hits on the Southwest to have an impact.

“The systems very often create moisture surges up the coast,” he said. “That very often tends to create stronger coverage of rainfall. In general, these storms don’t have to make direct hits on Arizona and New Mexico to do that.”

(For more on research into monsoon activity in Arizona, view the video below)